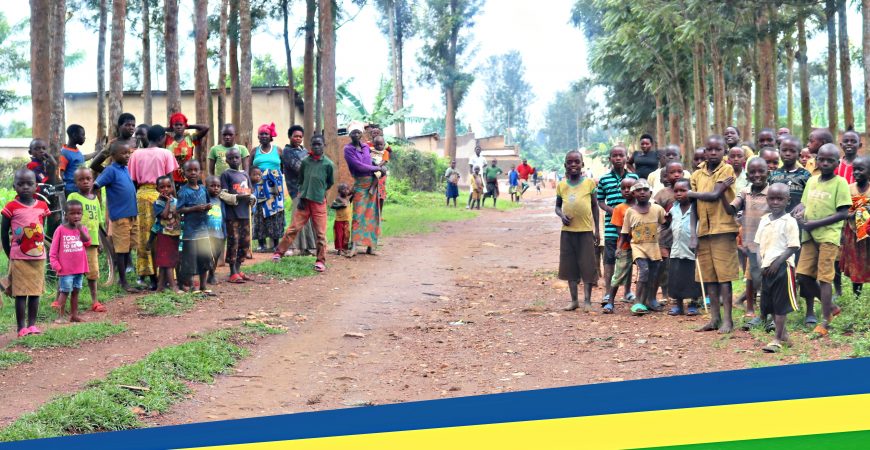 Rugunga Cell has a population of 12,000. It sits on forested hills in the Eastern Province, looking down on Nyabarongo wetlands and Kigali City in the distance. It’s recorded that the area of Bugesera lost half its population during the massacres of the 1994 Genocide Against Tutsi.

This is one of the poorest rural areas of Rwanda. 30% of the population are living in extreme poverty.

Villagers survive by subsistence farming on poor quality soil and historically Bugesera district is one of Rwanda’s worst areas for severe annual droughts.

PF assessment meetings with District & Local Government Authorities and the Rugunga communities revealed the priority is providing opportunities for their youth to gain income earning skills. This would be the best way to begin improving the social & economic welfare of their income poor villages.

Giving all youth access to employment skills is a key element in tackling poverty in Rwanda. Investing in Technical & Vocational Education Training (TVET) is a vital driver of economic growth.

Children and youth account for the greatest population of the communities. There’s a lack of family planning advice, hundreds of children are malnourished and those with disabilities have little assistance.

Mwogo has a high unemployment & lack of income generating activities. Young people are growing up with no hope or opportunity to get work or jobs. The communities are facing a crisis.

PF have partnered with the directors of Ubumwe Community Centre, (UCC) a Rwandan NGO, who have years of experience in managing Vocational Training for vulnerable youth & will guide this programme knowledgably.

With agreement from District & Local Government Authorities and residents of the local communities, premises suitable for the TVET centre were chosen, located in the heart of Mwogo in Rugunga Cell.

Through PF, funding refurbished the run down complex, upgrading rooms, building toilets and rebuilding the kitchen, all to district approved standards. A rainwater tank, all classroom equipment, chairs and desks were donated.

Mwogo Vocational Centre opened in Jan 2018 with its first intake of 45 students. The Centre aims to promote gender equality, inclusion of the socially vulnerable & those with special needs and disabilities.

Currently there are 2 vocational courses being run alongside each other: Tailoring and Hair & Beauty. The need for tailoring & sewing repair skills is a valuable profession now Rwanda’s banning imported second-hand clothes to boost its own textile industry.

The Hair & Beauty industry is advancing in the country due to the development of increased tourism. Those with trained qualifications will find it easier to gain jobs in hotels & salons or set up small businesses.

Courses run for 1 year, with 3 terms in line with school timetable regulations. The year is completed with exams & internships. By liaising with the Rwanda Workforce Development Authority, PF ensures all teachers, curriculums and graduation certificates are of a nationally accredited standard.

Students are provided with daily lunches, which in turn supports their low income families, who then have one less mouth to feed a day. Included in lessons are family planning & nutrition advice and environmental awareness guidance. Sport activities are held every Friday afternoon.

The Centre also holds free literacy classes, after school hours or at weekends. Many who attend are parents of students wishing to improve their own education, or youth who hope to become future vocational pupils.

More recently, the Centre has set up a pilot project: the Mwogo Organic Farming Programme. Some of the poorest families have the opportunity to cultivate donated land & sell the produce, forming a co-operative to sustain self-sufficiency.

By working together, Point Foundation, Ubumwe Community Centre and the Holtzman family are combining their experience to help Mwogo’s neglected youth step forward on their journey out of poverty & inspire others to follow.

The Mwogo Development Plan is a vision to regenerate a community over the next 10 years, with funding invested not only in vocational training, but early education, better healthcare and improved social welfare for its most vulnerable.

Very excited that refurbishments are underway to create a Vocational Training Centre in rural Mwogo, Rwanda. So many youth there live in poverty, unable to fulfill their place in society because of lack of educational access or skills training opportunities – this is about to change.